20mm WW2 US Airborne (and some modern spetznas)

So... everything has been awfully quiet for a long time.. no surprise there ;)

Before christmas I managed to paint up 14 spetznas for some Chain Reaction/5150 gaming in Afghanistan with my son. It was one of the first times I did the painting before applying sand... which means that there still is no sand on them.. 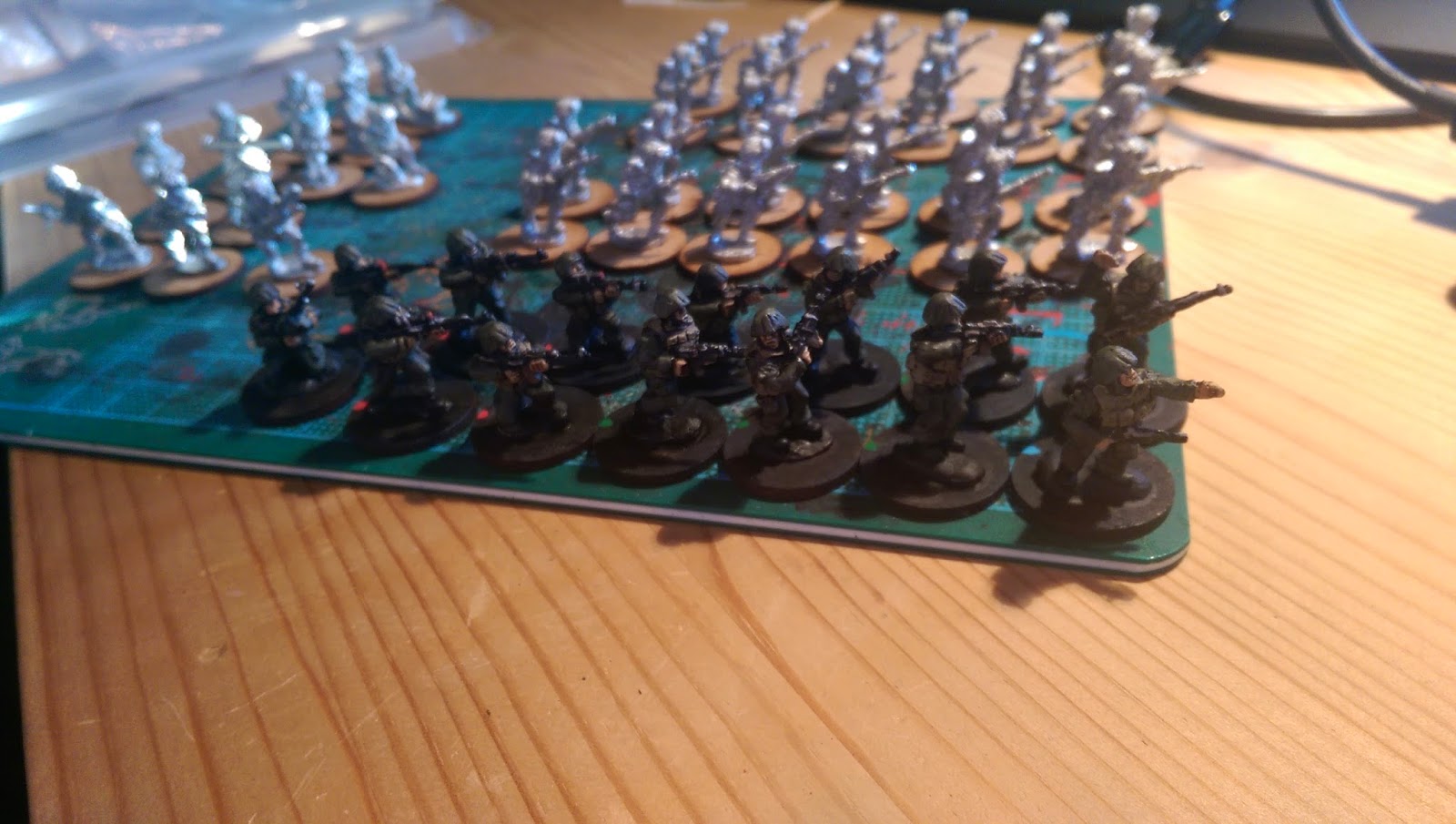 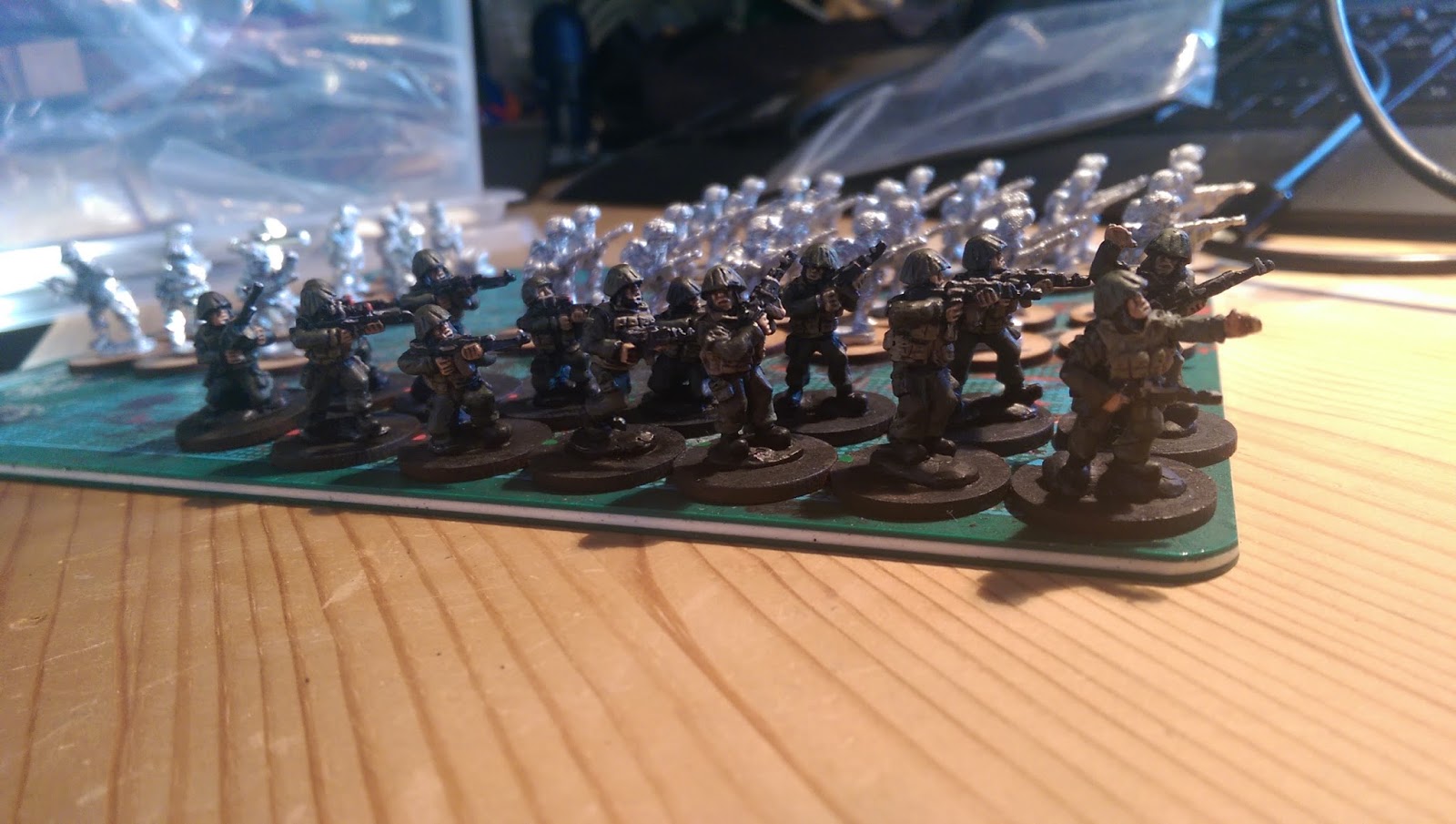 But now the time has come. I have begun working on my US Airborne (will probably be painted up as 101st although they will most likely be playing some 82nd scenarios at some point). The paratroopers are ready to get some sand on them and then I will throw in the spetznas as well in that process. 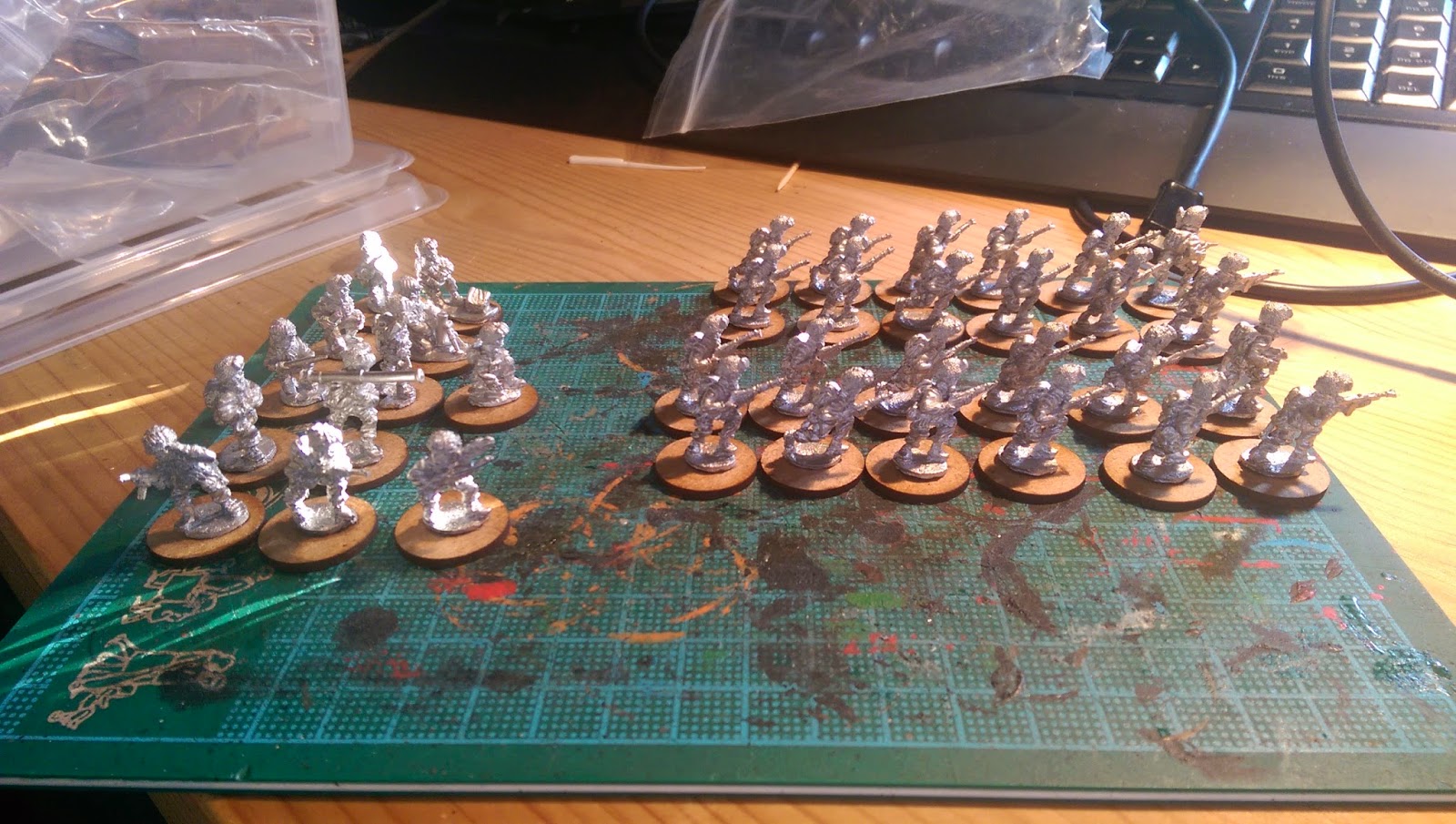 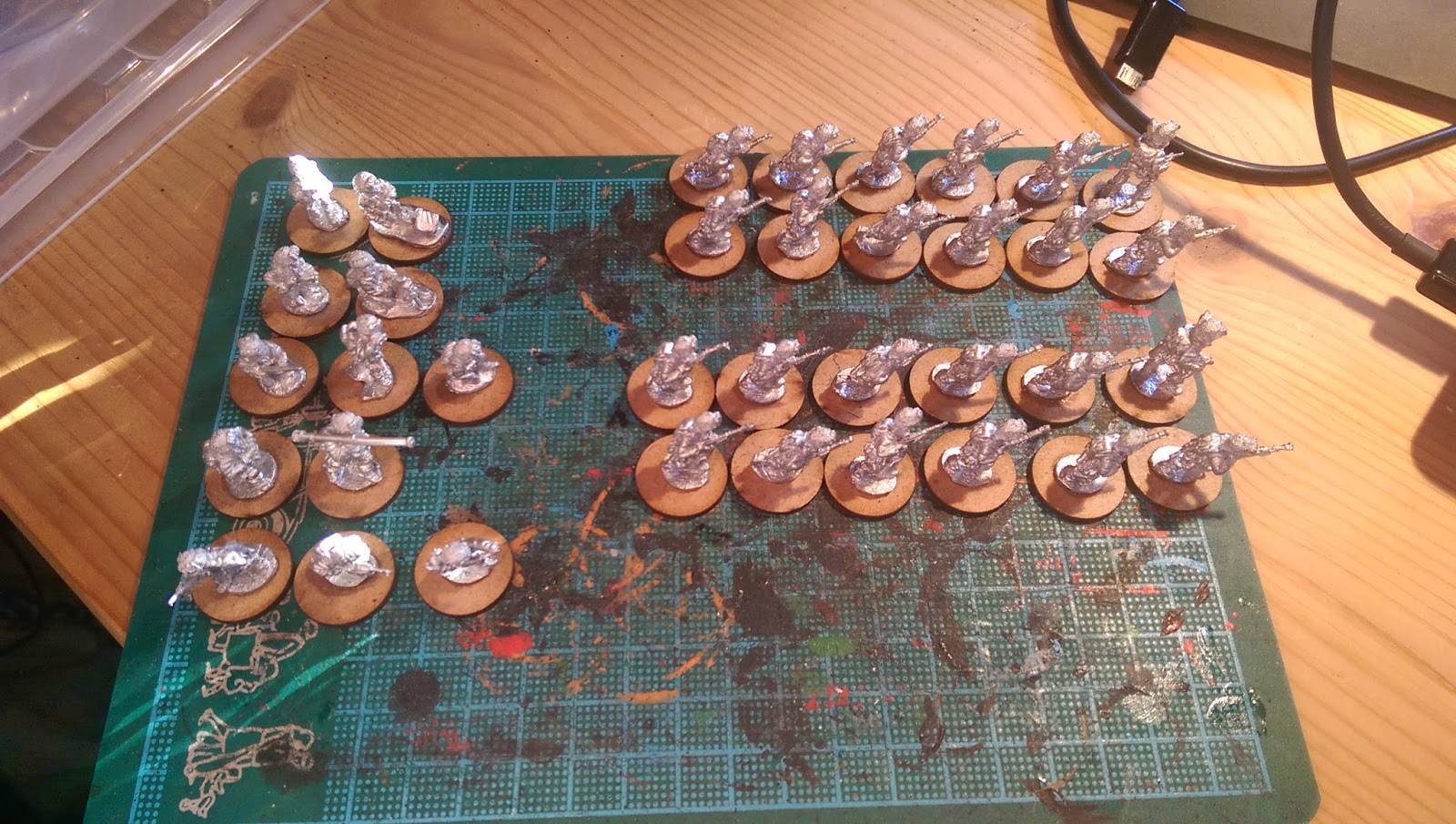 I was planning on buying Face of Battle when/if it reemerges, but until then they will be used for NUTS!, Chain of Command and the recently aquired Bolt Action.  I can only muster 2 sections albeit fairly large at 12 man each, so not sure if it will fit in with any if the rules but I think I have enough other teams (.30cal, .50cal,80mm mortar team, 6 pathfinders + 4 spare rifles and 1 thompson extra). They will just have to make do with what they have.

I have a 57mm AT gun as well for the crew so they should be able to deal some damage at least.
As for vehicles I think I have a Stuart to support them, but I will probably get a Sherman or two... since I have both a pzIVH and a Stug for the germans.

That's it for now, next update when I begin applying actual paint!

Posted by Claus Paludan at 11:17 No comments: