Finally got some sparetime to begin working on HMS Sophie.. Trying to follow Mark Burgess instructions as closely as possible.

First I copied the drawing for the ship and cut out the first level of the hull. 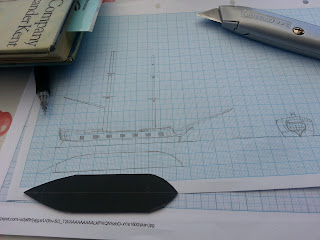 After adding 3 layers to the hull, I began adding levels for the quarter deck and forecastle. 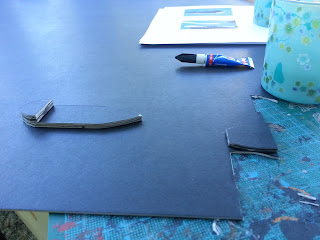 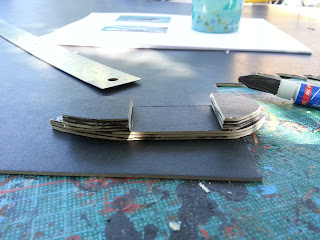 Then onwards to cutting out the sides.. the first attempt didn't go too well so I redid it (the side has to be a tad longer than the ship to make up for the curved hull). 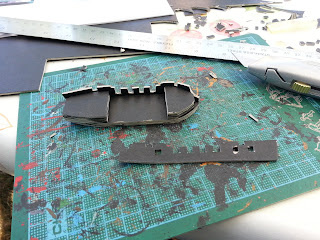 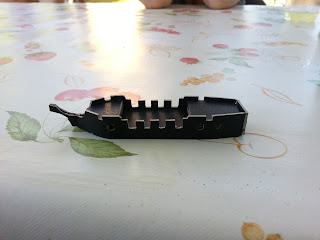 After both sides were done I added the bow and some card on the stern. I can't figure out if Marks ship had the stern part of the hull sides split so as to make the hull narrower at the bottom. But for now I will just go with this.

I was on a roll at the start of the year, but stress at work combined with my mother selling her house and reducing her living space by some 60% took out most of springs sparetime.

Last week-end the anual Åcon took place and I worked like a madman in the week up to the con getting ready with rules and stuff.

Now that I am slowly getting back in the saddle again it is time for a small status on what projects I have on the table.

- new rules for next years pirate game at Åcon
- finishing the first 15mm Rally Round the King army
- doing a second 15mm Rally Round the King army so my son can kick my butt in RRtK
- get more characters (28mm) ready for my THW space RPG style game.. (*)
- get some 28mm fantasy minaitures ready for a THW Warrior Heroes Legends campaign for my son.
- getting some card Age of Sail build after the same principles as Mark Burgess has done here
- paint up my newly acquired 15mm Khurasan scifi miniatures
- finish a few 20mm buildings for ww2 gaming
- painting up more 20mm germans for Face of Battle (and TooFatLardies CoC later this year)
- paint up some 20mm US paras for my son so he can kick my butt in what ever ruleset we end up with.

This is just about it..

(*) I was planning on doing some card board space ship/station, but caved in and invested in the Mantic Kickstarter for Deadzone and their nifty new terrain, so I am kinda planning on using the stuff from there instead.

And to top it all off - I really really need some trees for general gaming... Too bad they are so expensive..

Right this was just a short status - I hope to get more stuff up here soon - vacation is only a few days away so I should be able to actually get something produced soon.
Posted by Unknown at 01:27 No comments: