So - the next game was with an old friend of mine just slowly getting back into miniature wargaming. His opponent was one of the employees of one of the stores.

Both got a surprise, my friend thought the rules to be simple at first, but quickly discovered the power of the special abilities.

The shop employee was used to play games with greater control of what to do with his troops and the activation mechanics was rather intriquing to him (I promised him a game of Chain Reaction *something* next year.. lets see how he responds to the reaction system there ;)) 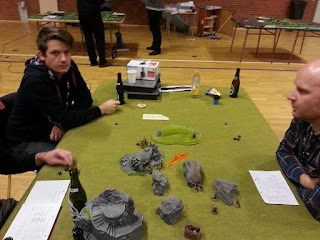 The battle acutally went back and forth for quite some time. Even multiple opponents against one wasn't always enough and some very bad dice rolls against fallen models saw a lot of warriors still standing where they would normally had fallen. 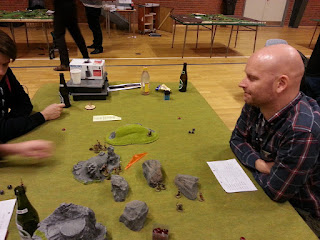 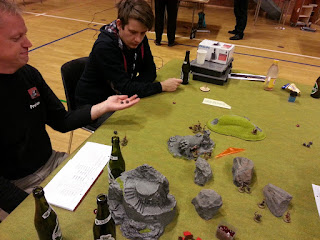 Yep - beer is present while the battle is a foot. 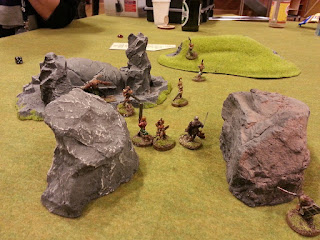 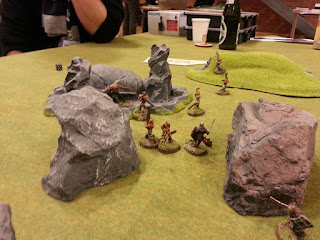 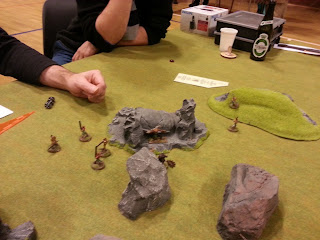 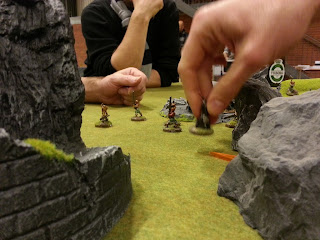 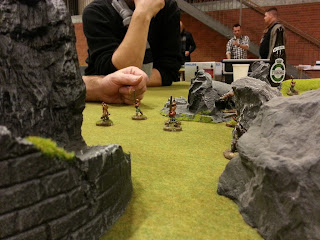 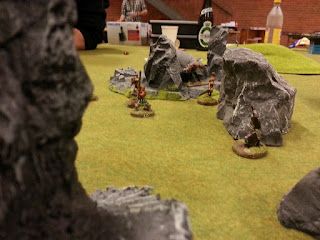 Both players had good fun and my friend actually got a game in against me on sunday morning.. I didn't take any pictures of that though... But for a change I won a complete victory. Excellent use of group movement/combat and some disastrous rolls from my friend caused to loose the game big time...

All though we live in different ends of Denmark I hope to get more games of SoBH in the next years!