So my spetsnaz had been captured and the team gathered up for a rescue mission.

Igor used all his contacts get the information about where the US special forces was hiding.  Another small village not far from the first one where we lost the battle was their hide out.

Intel suggested that the two story house was where the US troops held my trooper. 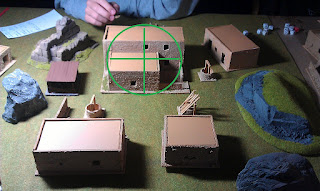 Igor had an extra spetsnaz called in for this mission and decided to attack from the south east. 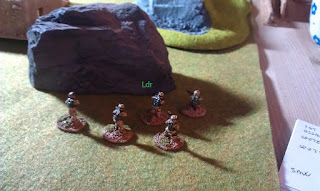 Not wanting to waste time Igor moved his team forward, just to receive fire from the house. 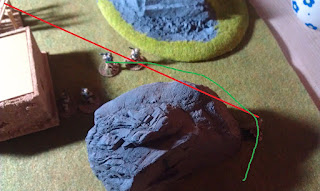 Leaving the wounded man behind the team pressed forward returning fire, killing the sniper on the first floor. Then they searched the first house not finding their comrade.

Moving on to the next house getting under fire from the US soldier in the alley and wounding him in return. 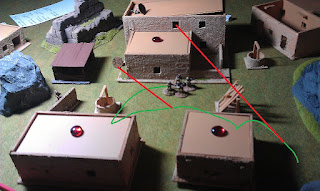 After searching the second house they crossed the open space to search the one floored side house while Sgt Jason quickly moved to check his downed soldier. 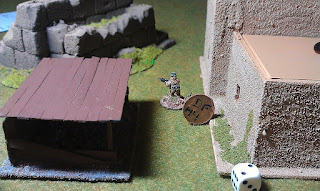 Seeing that the soldier was still alive he quickly hauled him out of harms way. 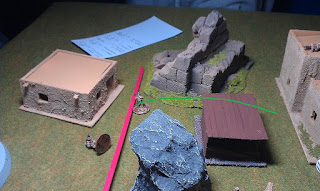 The US saw gunner decided that he wouldn't get a better chance of finishing off the careless russians and moved out from behind the wall and let rip with the SAW felling one russian and causing the other to quickly duck back. 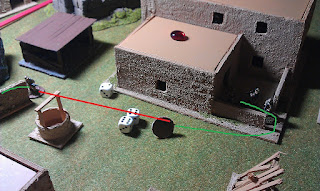 Igor and the two remaining spetsnaz ducked back. 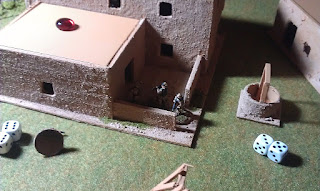 Sgt Jason returned to the battlefield and suddenly seeing enemies through the window of the side building he decided to finish them off.

Not more than startled a bit the unharmed spetsnaz fire back directed by Igors commanding voice felling Sgt Jason, wounded. 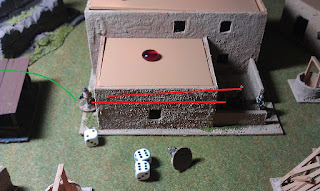 As only the US SAW gunner was standing the US forces leaves the battlefield licking their wounds..

I recovered my captured comrade and both my wounded soldiers only suffered minor wounds that could be patched up after the battle.

The US forces was worse of, their two replacement troopers was killed and their sergeant wounded.

I was very satisfied with this outcome, my son not so much ;)

But we had good fun!