From test dock to shipyard

After the succes with HMS Sophie I have upgraded my status from test dock to a full shipyard. Below are the pictures of the next three ships being built. I plan for one more british and two french.
The british ship will be named Retribution and the french will be Lynx and Loire. 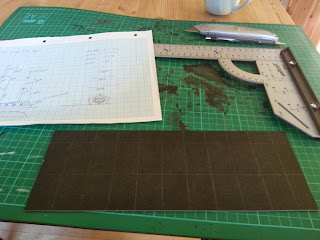 Sunday marked the official start of the shipyard.
Prepping the card for the hull sections the vertical lines is where the hull should begin to become narrower. Unfortunately it seems like I am still unable to to the curved parts properly.. Luckily most of my errors will be covered by the card on the sides. 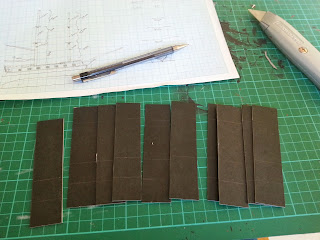 Each lower hull needs 3 pieces of card (there are 10 here - the last was just spare). 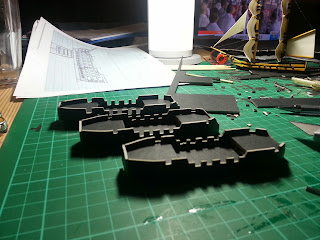 Monday evening saw me adding the last sides to the ships and begin working on the details. 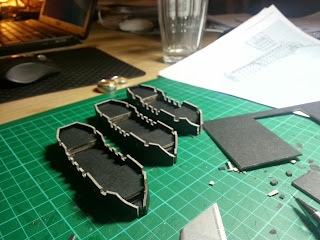 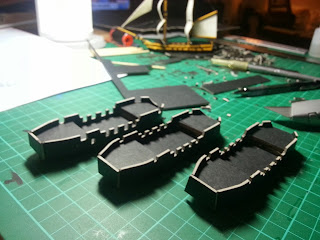 And stern view - the back part of the quarterdecks aren't that precisely made. But as I learned from HMS Sophie.. it really doesn't matter.. Just fix the worst errors and move along.. It will look great in the end anyways ;) 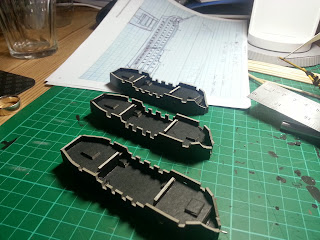 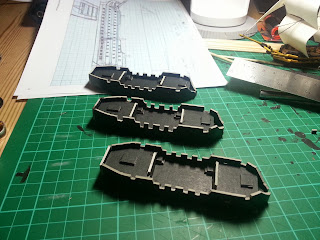 Stairs have been added to the insides. They are WAY too big for the scale, but then again.. they just need to give you the impression of stairs.. 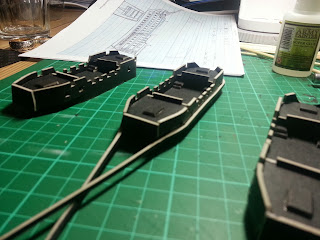 And the end result for monday evening. Approximately 12 hours of work all in all I think. Cutting gunports out takes quite some time, but from here on the process should speed up a little.